Home/News/Royal Seal of Approval
Previous Next 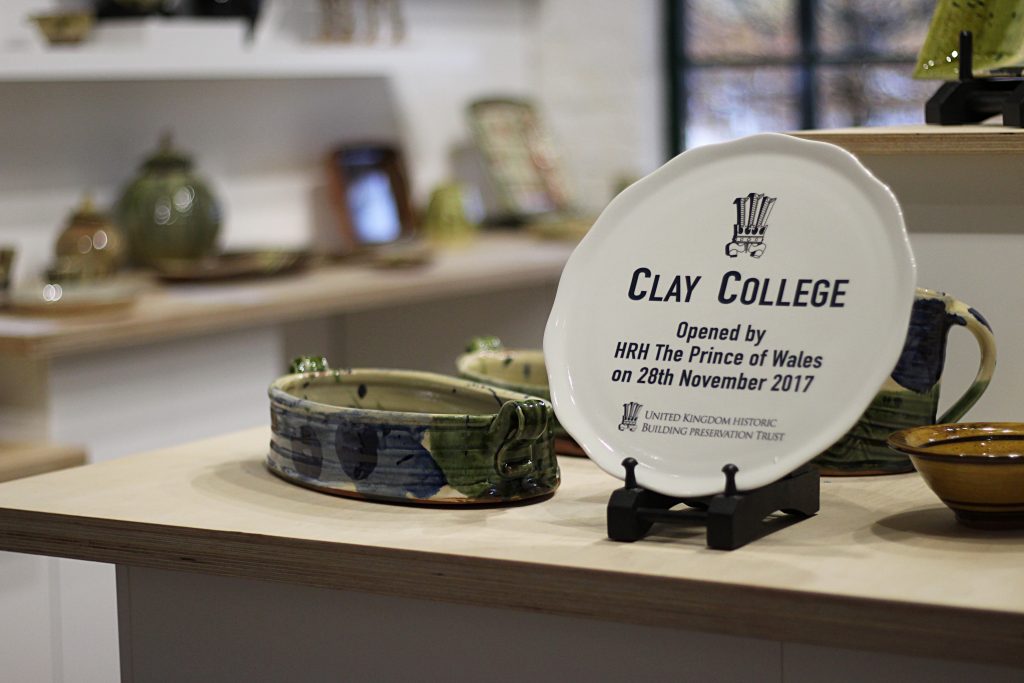 Today Clay College was visited and opened by His Royal Highness Charles, Prince of Wales during a day long visit to Stoke on Trent.

The visit began with trustee Lisa Hammond MBE introducing His Royal Highness The Prince of Wales to the Clay College trustees and staff gathered in the gallery. He used this as an opportunity to find out about Clay College. He also took time to admire the range of slipware on display in the gallery.

His Royal Highness was then taken on a tour of the college and met the Clay College Students where he briefly found out what had brought each of them to study at the college.

The College is based within the Prince of Wales Studios; a building on the Middleport Pottery site that was restored by the Prince’s Regeneration Trust and re opened in 2016. For the college to move into the building a range of alterations were made and a whole mezzanine was added to a rear room of the building to house the library and divide this space. This was designed by Adam Cornish of Studio Partington. The money to fund this development was kindly donated in memory of potter Susan Neal. His Royal Highness got to see this development and meet the different parties involved with making it happen. Local news coverage of the event can be found here. 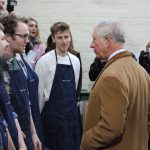 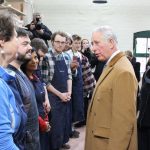 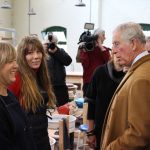 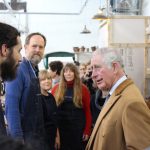 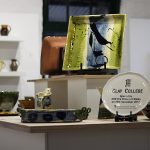 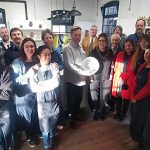 Join us to celebrate the opening of our upcoming exhibition ‘Clay Canvas’ in the Clay College Gallery this Friday 20th May, 11am-3pm. Dismiss